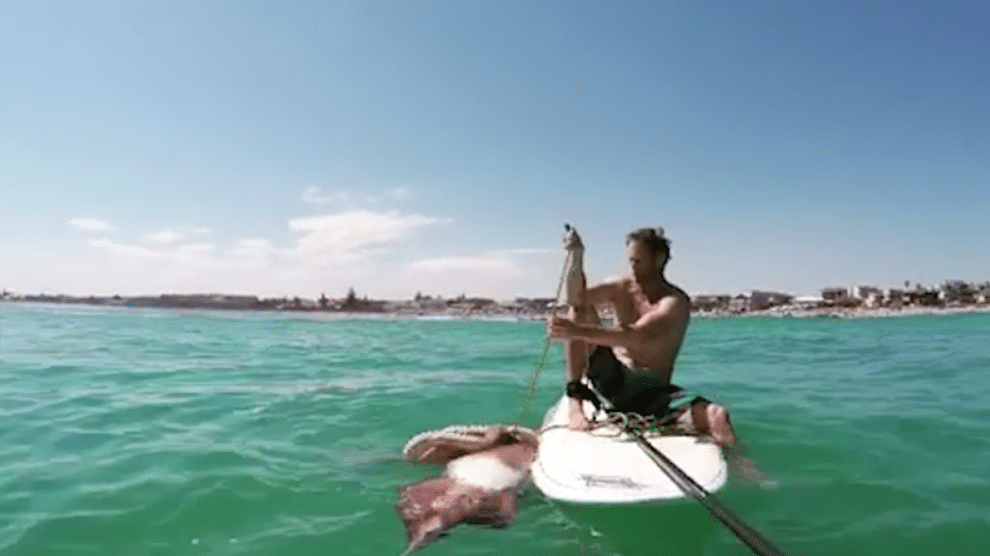 Take a rider on his stand up paddle, add a huge cephalopod or a squid that looked bad, you have a video that makes the buzz.

This story takes place in Melkbosstrand, a seaside resort near Cape Town in South Africa. James Taylor goes for a ride with his friends, when he spots a shadow underwater. Fearing a shark, he looks closer and realises that what lurks in the water is a huge giant squid (Architeuthis). The animal looks distressed. He decides to catch it with a rope and see how he can help. Except that things don’t go as he had thought. The squid is well, and when he pulls it towards the board, it begins to roll the board with its huge tentacles, eventually tumbling poor James Taylor.

This video has generated lots of reactions on social networks, not always friendly. On Facebook, James Taylor said, “It was seriously injured and barely alive when I caught it. It didn’t even really try to escape. So we ended up putting him out his misery when we got back to the beach. I thought it was the best thing to do at the moment”.

Strangely enough, giant squid usually live in the East Pacific, and here we are in South Africa! This raises once again the issue of global warming. 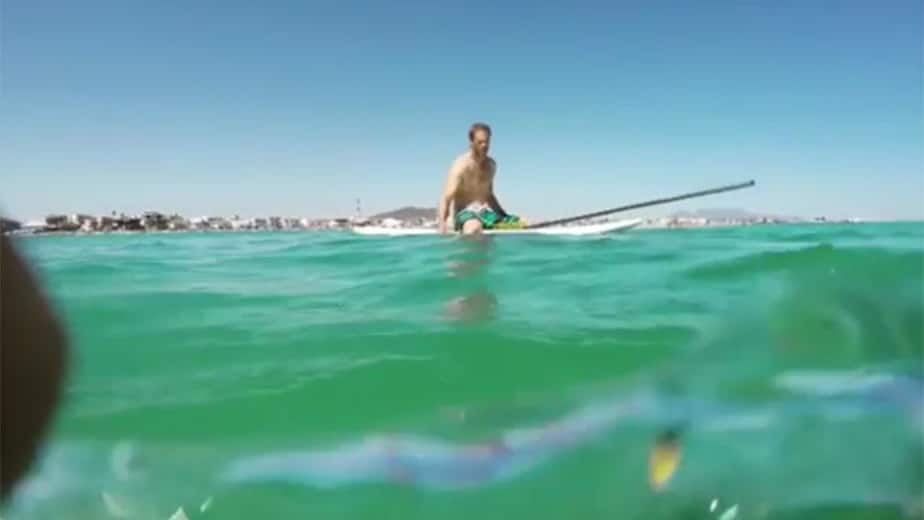 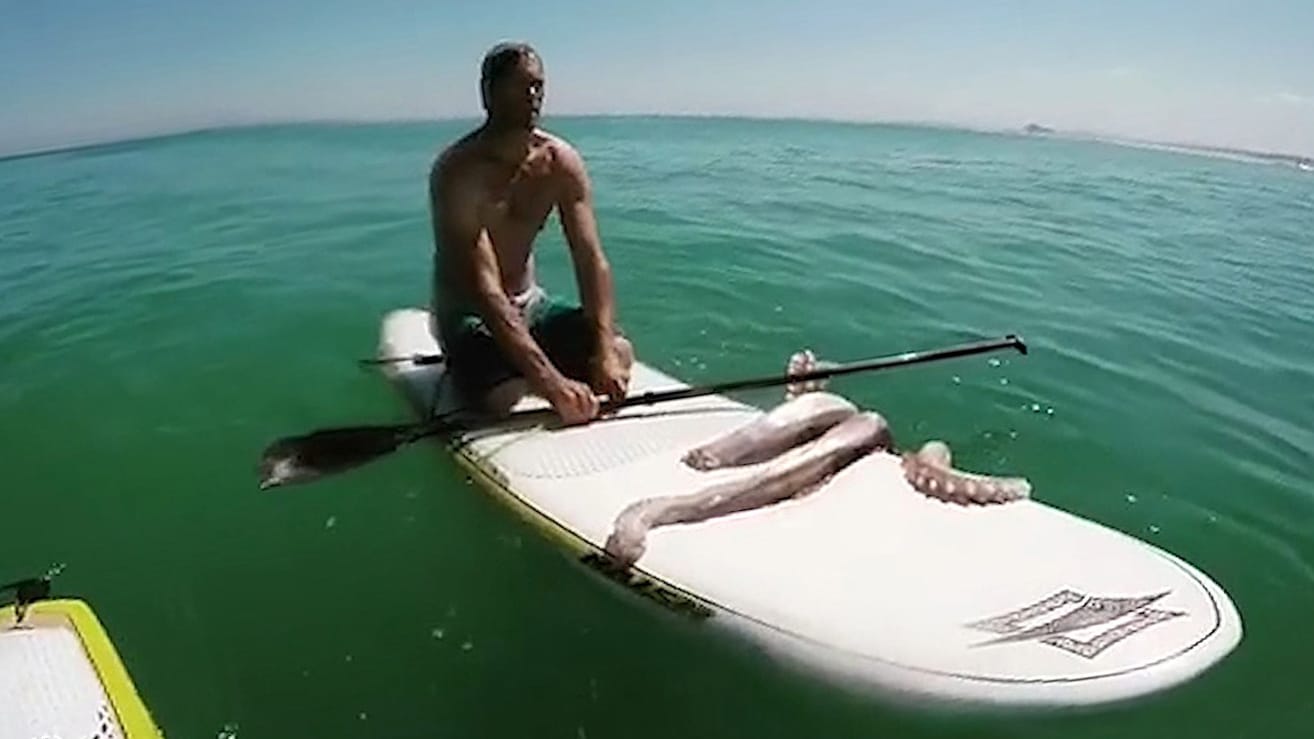 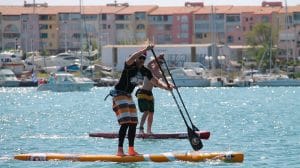 ISA no longer has the sole governance of the Sup